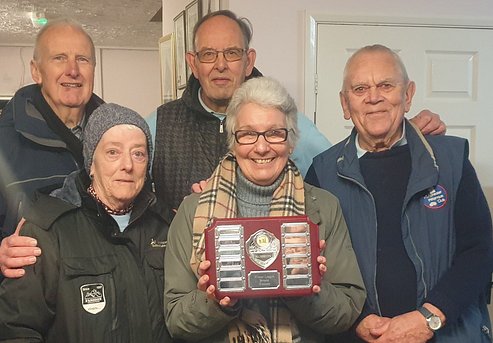 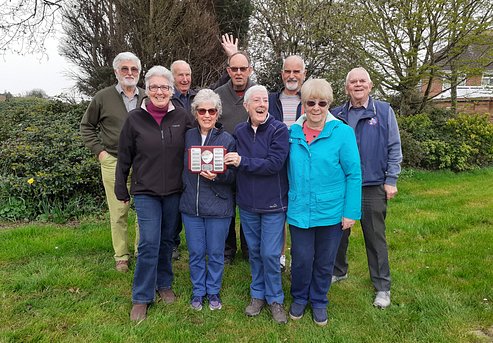 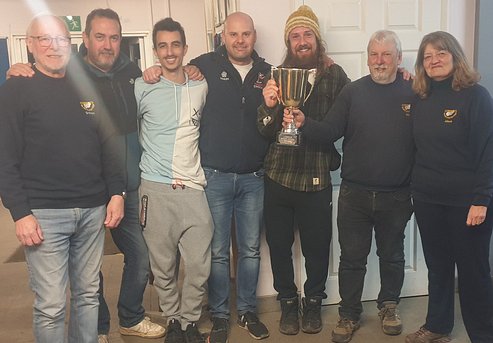 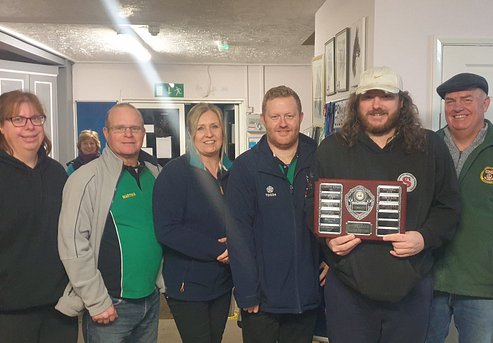 The finals of the Cobbetts Winter Indoor League 2021-22 were played at Quob Stables on Wednesday March 16th. The Gold final saw Cobbetts Six up against Crondalliers. After a long and very close first round Cobbetts took a 2-1 lead thanks to a 13-12 win. Three wins in the second round put Cobbetts into an unassailable position and they eventually ran out 7-2 winners with David and Steve also winning Team of the Night. Well done to Cobbetts Six, who won the Gold Cup for the second time in the 10 years they have been running the competition, and well played Crondalliers on taking the runners-up place.

The 3rd and 4th play-off between the other Cobbetts team, Reprobates and Shedfield was very close. After 2 rounds the score was 3-3 but Reprobates managed to win 2 of the last 3 games to take 3rd place with a 5-4 win.

The Bronze competition was held over the February and March rounds. In the match between Portchester and Muscliff Allsorts, Portchester won the first 3 games only for Muscliff to draw level by winning the next 3! Portchester then won all the final round games for a 6-3 win. In another match poised at 3-3, Burridge Cricketers also won the last 3 games to beat Pete’s Family 6-3. With both teams on 2 wins, Portchester’s bigger win in the February round meant that they just pipped the cricketers to the Bronze Shield. As a small consolation, the cricketing pair of Andy and Simon took 2nd place in Team of the Night. In the third Bronze match Battleships also won their last 3 games to beat Avington Newbies 5-4, with a superb performance from Ben and Dan giving them 3rd place in Team of the Night. It is really great to see these new players, who had not played petanque before this competition began in November, picking up prizes by the end!

Team of the Night