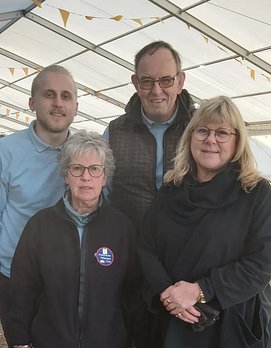 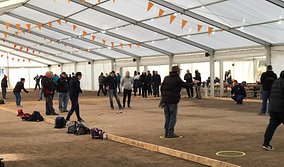 Sunnyfields Farm Marquee in Totton was transformed at the back end of 2021 into a magnificent 32 piste boulodrome. Now recognised as an official Petanque England venue, Southern Counties held it's first event on Sunday 28th November 2021. Since then, it has held National coaching sessions and an SCPA Open weekend on 26-27th February 2022.

Portchester fielded three doubles pairings, including a junior team. Pictured from left to right, we have the doubles team of Tom Williams & Mike Powlesland. And Trudy Bishop & Louise Williams.

Thanks again to the SCPA team who put in a lot of hard work preparing this new venue for the region to enjoy!