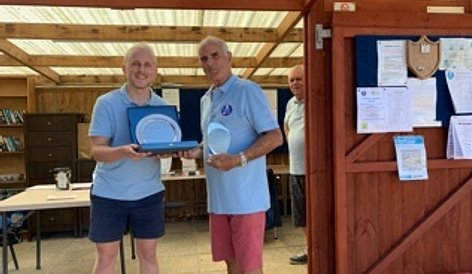 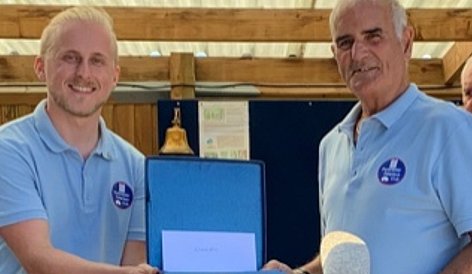 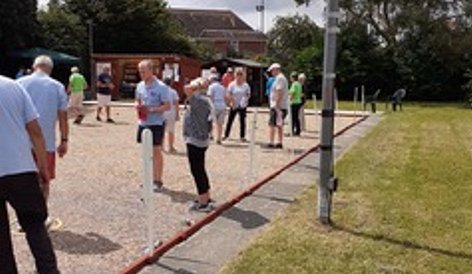 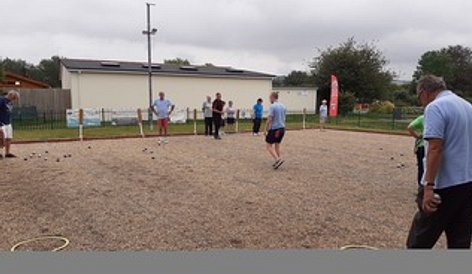 This year’s Invitational Plate at Portchester was held on Saturday 24th July. It turned out to be a glorious day albeit scheduled for rain and thunderstorms. We had a good turnout with 28 players forming the doubles tournament format, with teams coming from across the Southern counties and beyond, even a doubles pair from Scotland. We had 3 games in the morning followed by 2 more games after lunch.

Portchester doubles pair Kevin Jones and Tom Williams won the event after both recognising their achievement was a great honour. The pair won all 5 games on the day, beating former winners Andy and Chris Barron in the final.

Thanks again to the committee for organising the event and for making it a great day for all involved.