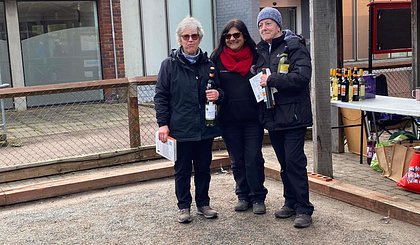 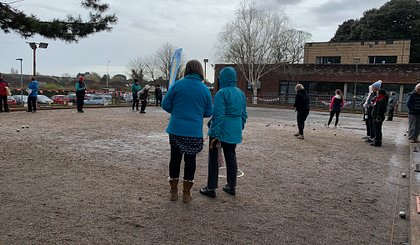 39 ladies representing 14 SCPA clubs who travelled to Adur PC to take part in our 5th Annual IWD Women’s Doubles on Sunday 13th March 2022. A wetter than expected morning saw the teams battle it out in the leagues. The rain petered out before the afternoon knockouts as the timed games worked a treat for a 4.30pm finish.

Portchester's own Trudy Bishop and Wendy Hall won Gold Consolage and now have the opportunity to represent Southern Counties at the Regional event Ladies Doubles event later on in the year!

We hope to see more Portchester representation from our club members next year.

Thank you to Adur PC and all the fantastic volunteers who helped throughout the day and to the wonderful teams for creating such a fun and friendly competition in celebration of International Women’s Day.